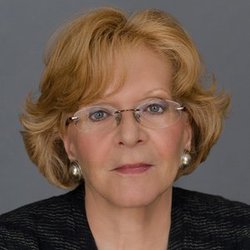 Julia Stasch serves as the Lever for Change Board Chair and is the former President of the John D. and Catherine T. MacArthur Foundation. With a broad background of leadership in the business, governmental, and philanthropic sectors, she served as the Foundation’s President since July 2014 and, previously, as Vice President for U.S. Programs. Prior to joining the Foundation, she worked for the City of Chicago, as Commissioner of the Department of Housing and as Chief of Staff to then Mayor Richard M. Daley. Stasch was President and Chief Executive Officer of Shorebank Chicago Companies, including South Shore Bank, the nation’s first community development bank. She also served as President and Chief Operating Officer of Chicago-based real estate development firm Stein & Company. During the first Clinton Administration, Stasch served in Washington, DC as Deputy Administrator of the General Services Administration. She is a summa cum laude graduate of Loyola University and holds a master’s degree from the University of Illinois at Chicago.

Sign up to receive announcements when new competitions launch and to learn about other updates.